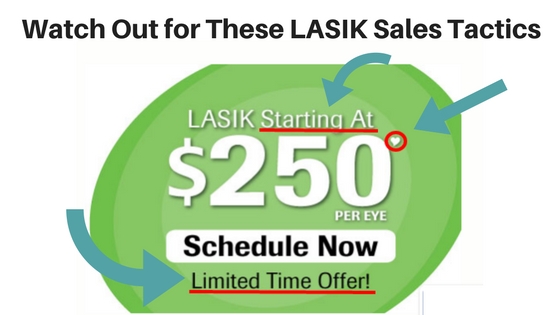 When window shopping for LASIK eye surgeons, be wary of practices who advertise incredibly low or discounted prices. As the old saying goes, “If it sounds too good to be true, then it probably is.” While paying $499, $299, or even $99 per eye may sound like a great deal, you could be putting yourself at a disadvantage in the long run — and that’s if you actually pay the sales price.

Many surgical practices advertise these low prices just to get people in the door, because 70-80% of those people will book a surgery after their first consultation (Source). However, the likelihood that those people will actually pay the advertised price is slim to none.

Most low-cost laser eye surgeons will use their advertised price as a starting point, but after examining your eyes, they’ll recommend a more expensive route. Here’s why:

Getting a Second Opinion

Your eyes are two of the most vital organs in your body and keeping them healthy means not scheduling surgery during your first LASIK consultation. 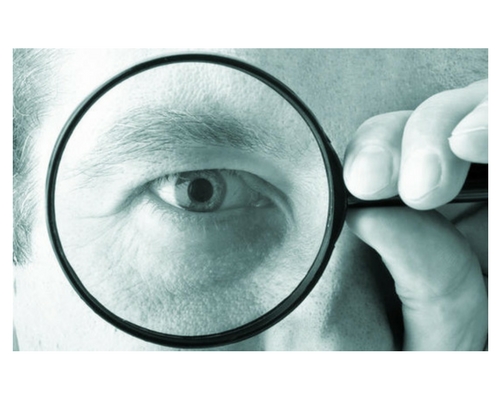 Three red flags to watch out for:

1) Your doctor is sounding more like a sales person than a physician.

2) You are directed to a patient counselor to discuss your hesitancy.

3) You feel pressured or uncomfortable during your appointment.

As a rule of thumb, we recommend always getting a second opinion to make sure your best interests are protected, but especially if you’ve experienced one or more of the red flags listed above.

If you don’t come to us first, we would be more than happy to be that second opinion. Fill out an appointment request online or give us a call at 865-579-3290 to meet with one of our doctors.