CBD and Glaucoma — Are They a Safe Combination? 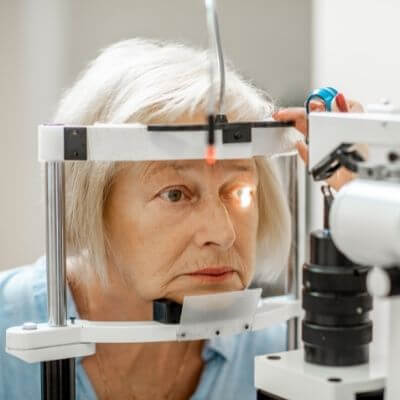 Often touted as a magical elixir, CBD is being marketed as a treatment for just about everything, including anxiety, insomnia, pain, and even cancer. According to AARP, baby boomers are fueling its popularity and using it as a treatment for pain, arthritis, and other age-related health problems. But is CBD and glaucoma a safe combination?

The truth is that CBD oil and other products are not a good form of glaucoma treatment. In fact, it may actually increase the pressure in your eye and make your condition worse. THC, the psychoactive chemical in marijuana, may help. However, you need to use it a lot for the same effects as traditional treatment, which has its own risks. Your best choice is medicated eye drops and oral medications in the early stages, and surgery if your condition progresses.

CBD and Glaucoma — A Dangerous Combination

CBD (cannabidiol) is a major chemical component in marijuana that has become a popular remedy over the past few years. It can be found in oils, sprays, creams, and even dog treats. Part of its popularity is that it doesn’t get you high, although some CBD products do contain small amounts of its psychoactive cousin, tetrahydrocannabinol (THC).

CBD has many purported benefits such as helping with pain relief, stress, and even cancer-related symptoms. Unfortunately, they don’t extend to the intraocular pressure associated with glaucoma. In fact, a 2018 study from Indiana University found that it can actually increase pressure within the eye.

The study revealed that the use of CBD caused an 18 percent increase in pressure within the eye. These effects lasted for a minimum of four hours, showing that CBD can actually worsen glaucoma rather than effectively treat the eye condition. This is highly problematic since increased pressure inside the eye can eventually lead to irreversible vision loss.

On the other hand, THC provided the opposite and desired effect. Rather than increasing eye pressure, researchers found that it actually lowered it. Male mice experienced around a 30 percent reduction eight hours after being exposed to the chemical. Some male mice had a slightly lower drop to 22 percent lasting four hours.

Female mice didn’t benefit as much from THC. They only experienced a 17 percent decrease after four hours. There was no drop in eye pressure after eight hours. This has led researchers to suspect that females are less affected by THC, although it isn’t clear if this is also the case for its psychoactive effects. The study was originally published in the journal of Investigative Ophthalmology & Visual Science.

The Connection Between Mice & Humans

While performed on lab mice, the results of the study can have an important impact on CBD usage in humans. According to Dr. Alex Straiker, who led the study:

This study raises important questions about the relationship between the primary ingredients in cannabis and their effect on the eye. It also suggests the need to understand more about the potential undesirable side effects of CBD…

The American Academy of Ophthalmology currently doesn’t support the use of THC due to its medical and legal limitations as well as its risks. You would need to smoke eight to 10 times every 24 hours to effectively treat glaucoma. Its side effects wouldn’t make a good long-term treatment plan since they would interfere with everyday tasks and harm your lungs over time. increase your risk of lung cancer.

Click here to learn more about your risk of glaucoma-related vision loss!

Baptist Eye Surgeons has been preserving eyesight for the Knoxville and East Tennessee area since 1987. Glaucoma works by damaging the optic nerve over time, resulting in gradual vision loss. This nerve damage is often the result of increased eye pressure, but it can be caused by other factors in certain instances.

Effective treatment for glaucoma starts with a comprehensive eye exam. These dilated exams can help diagnose glaucoma as well as other eye conditions such as cataracts and macular degeneration. Treatment in the early stages involves eye drops and oral medications to help control your eye pressure. Surgery may become necessary if your condition progresses.

Another option is the Xen Gel Stent, a minimally invasive implant. Studies suggest that this surgical option may help reduce your eye pressure as well as your need for medicated eye drops.

Are you concerned about your glaucoma symptoms? Contact us today to schedule your appointment!

Baptist Eye Surgeons is an ophthalmological practice in Knoxville, TN, and Morristown, TN. Give us a call at 865-579-3920 for more information or to schedule an appointment.